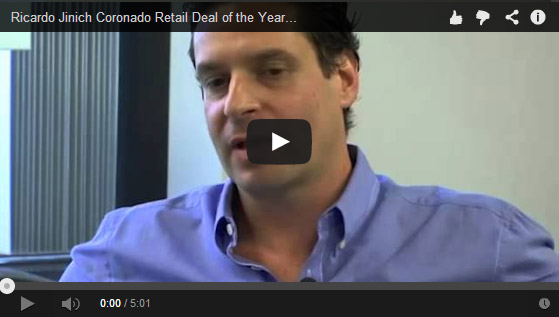 Paragon’s purchase of Coronado Plaza, the three-story, 49,322-square-foot mixed-use center at 1330 Orange Avenue in Coronado, has been named the retail transaction of 2013 by San Diego’s The Daily Transcript.  Please click on the video to hear Paragon principal Ricardo Jinich discussing the transaction with reporter Carlos Rico.

Coronado Plaza is comprised of three elevator-served levels, including two levels of retail space and a top level of executive office suites, over underground public parking.

Built in 1975, Coronado Plaza is located on the west side of Coronado Island and encompasses an entire city block. Located across the street from Hotel Del Coronado, the property was 100-percent leased at the time of purchase.

The property was recently renovated with new storefronts, the creation of a new paseo facing Hotel del Coronado, and the sidewalls were lowered to create a more functional layout.